Get fresh music recommendations delivered to your inbox every Friday.

from Unhuman by Unhuman 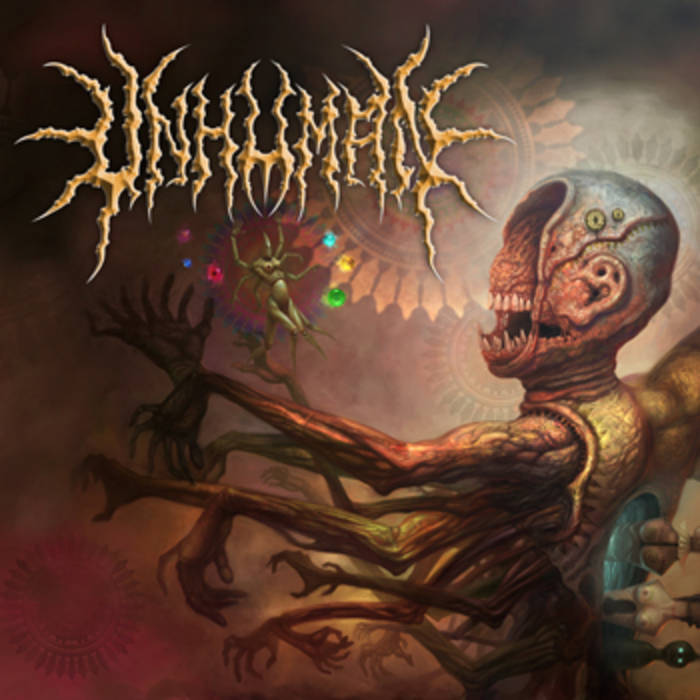 This story is my mental conception of what war's aims could be.
It's like a fast-forward into the future showing a violent story.

Another fucking war is beginning
For some fucking reason, too stupid to conceive,
Innocent citizens of our country don't know why this war has to be.

The U.S.A threw a narcotic bomb on our country
And the citizens slowly putrefied
Their lungs respired into hydro gassed breathing systems
And their beating hearts pumped irregularly

The well-known concentrated
L.S.D. along with a mixture
Of other chemicals turned them
Into aggressive Mutants ...

People became insane and started fighting among themselves
Totally unconsciously. Any object became a weapon. Many died in senseless fighting
while others rapidly disintegrated, "putrefact"...

Finally, the United States army burned the rest of the city,
Including the innocent citizens who weren't
Affected by the radiation of the experimental
Drugs bomb ...
This day thousands and thousands of litres of boiling blood flooded all over our streets.

Bandcamp Daily  your guide to the world of Bandcamp

Little Brother joins the show to discuss their beautiful journey, plus tunes from Fat Tony